The allure of coverage 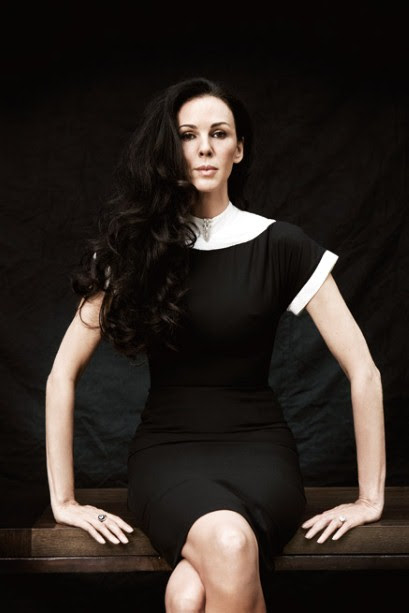 The tall drink of water known as L'Wren Scott (born Luann) may be more famous as Mick Jagger's consort (eerily dark-haired version of that other famous consort, Jerry Hall) and I would normally have written her off as just another rock star's trophy girlfriend (cause that's the kind of snob I am), but I've had another look thanks to this NY Times article.

She does seem like a hardworking gal, and while I can't imagine having Mick as a boyfriend can be anything but good for your credit (even if she does fund her business herself - can you imagine a bank turning her down for an extended credit line?,) it all come down to taste, and I think she's got it.

Admitting that she's 44ish (and a little cagey about it), at least she's aligning herself with l'age and her clothes illustrate the allure of coverage.  I must admit to being worn out by the amount of cleavage I've witnessed in the last decade, and that's day and night.  It's no longer interesting, and Ms. Scott's clothes have that '30s elegance which is exactly what I would prefer to shoot for.

A few dresses now that peaked my fancy:

I could find a lot of excuses to wear this dress.  Nice with broach.  A rather slim skirt so possibly not fantastic for hopping on and off the old bicyclette.  A sacrifice I'm willing to endure.

Oh, a little red dress.  I love the sleeves.  Power shoulders without the pads.

Pretty hem.  The armhole has Michelle Obama written all over it.  That reminds me, I need to do some pushups. 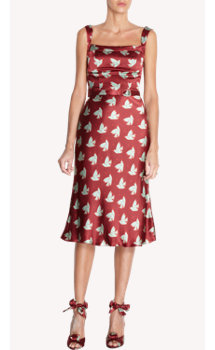 Yes, a summer dress in December.  But who could resist?  There's something very Italian Riviera about this dress, and certainly that's where I'd rather be.  I love the soft skirt.  I think this would be very forgiving figure-wise.

Finally a v-neck that spares the cleavage.  Now this is perfect for work:  Slim and feminine with a degree of no-nonsense about it.  Correct me if I'm wrong (and apparently this is true of her dresses) a woman with some decent hips would look luscious in this baby.


And now because I was so dazzled by her pattern mixing ...

I'm on record as not being a pencil skirt woman, but this could change my mind.  I love the blue waistband and of course the blouse/sweater combo.  Prim, pretty and fun.

Oh, and one more thing - the woman knows what's what in a handbag.  Look at this 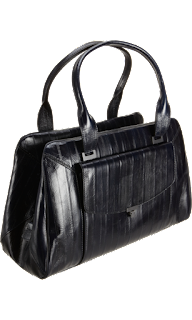 Even an outside pocket for keys.  I would love to support a designing woman for l'age.  Sadly, I can't afford her.  But I'll see what I can muster on my own.  Big wink.