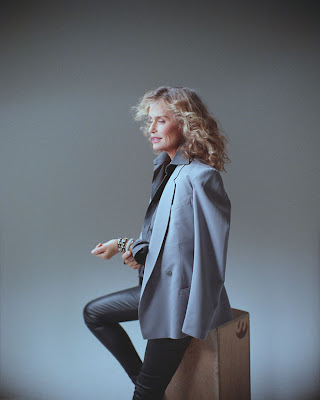 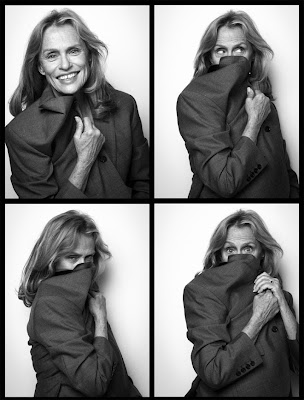 Isn't she though?  Known for her strong personal style, Lauren has always incorporated menswear alongside her womenswear in her usual easy, modern way.  She's one of those glorious women who has fully aged in front of the camera - the way men are routinely allowed, becoming even more interesting with every passing year:  respected for her personal style and independence - and each and every one of those beautiful lines on her face.  And like many an aging male star (Gary Oldman, William Dafoe), outshining their younger counterparts in ad campaigns.

I don't know who Lucky Brand is but apparently she replaced a significantly younger model in their fall/winter ad campaign.  I am a little disappointed that she appears heavily airbrushed in these photos.  Just tells you just how much editing goes on in the world of advertising.  I don't really care since she's quite happy to be photographed in camera verity.  I only wish she was more the rule than the exception.