Female liberation via the uniform 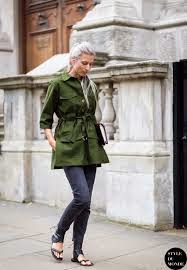 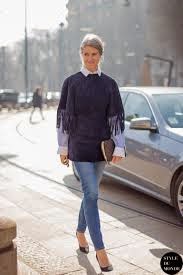 Gosh, this article in Harper's Bazaar really struck a note.  I have taken the uniform route myself, having thrown in the towel on creating something new and exciting everyday.  I'm a traitor to my blog profile and should probably change it (in fact, maybe I will - what would be a better description of this blog?)

In Matilda Kahl's article she talks about how she was finally driven to adopting the suit response to daily workwear.  Her regime is somewhat more rigourous than mine (her uniform is solely based on 15 white silk shirts, black trousers and the occasional black blazer when required) but it has saved her a ton of money (no kidding) and even more time, but above all it's the saved mind space of not having to make another decision or plan ahead (need pantyhose, what will I wear with that floral print skirt, etc).  Yes, it may be a tad boring but how better not to kowtow to the pressure we put on ourselves to coordinate the perfect outfit when the  guy next door always looks perfectly in command in that same ole grey suit.  Of course, I never think Barack Obama looks boring - I think he looks polished and chic (though let's face it, a little tired).

My uniform has slightly more variety than Matilda's but revolves around a shirt/blouse (some boys' shirts included since their dress shirts are lovely and crisp and no darts to create boobs in the wrong spot), pants or skirt (but more and more pants because either I'm too cold generally here in the great white north or because the air conditioning is set to 'freeze'), a cardigan and a jacket. Oxfords and patterned socks complete the look.  I'm dressed in 1.5 minutes and never think twice about it.  In my office I see more and more women (and young ones too) adopting the same approach.  It's fast, easy and it looks as though you could rule the world - which is the general idea anyway.

What really kills me are the number of fashion editors who obviously follow the same approach while professing to the buying public that we need one completely separate outfit everyday - soup to nuts.  You see above Emmanuelle Alt and Sarah Harris (lovely premature grey girl) from various Vogues are rarely seen in anything but their uniforms.

Of course, to each her own, but for those of you with too much on your mind, too many commitments and responsibilities and far too little time, you may want to consider the uniform approach.  At least until the other gender has fully ramped up  to 50%.