Strength and Style - the Yugoslavian

Born in 1946, Marina Abramovic, "the most famous performance artist in the world", is being feted in the great cities of the world.  And that is to be admired yet I'm just as thrilled to see her being feted by the world of fashion as the new model for Givenchy.  Isn't it  refreshing to see a 66 year old woman looking so unabashedly wonderful and so completely herself?

Here on the cover of the Slavic edition of Elle, she is reaching new and younger audiences with her uber coolness.

Add to this her new role with Givenchy (after modeling a PETA approved Givenchy designed snakeskin jacket) and Marina is totally hot in every way.  And that is hot without being silly.  Her style is modern, elegant and minimalist - she's not spending any time trying to look youthful.  Nor is there any attempt to be 'sexy at any age' .  I cannot abide that nonsense.

It does, however,  leave one wracking one's brain on how to translate the freedom to not be defined by age and gender into the daily grind we  mortals must endure.  Whether it's Marina here, or Charlotte Rampling there (see TNMA for a great post on Charlotte), the artists have it over the rest of us.

Defying perception around age and gender is still a daily act of rebellion. 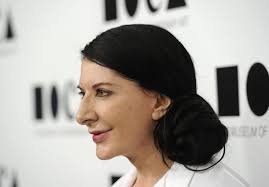 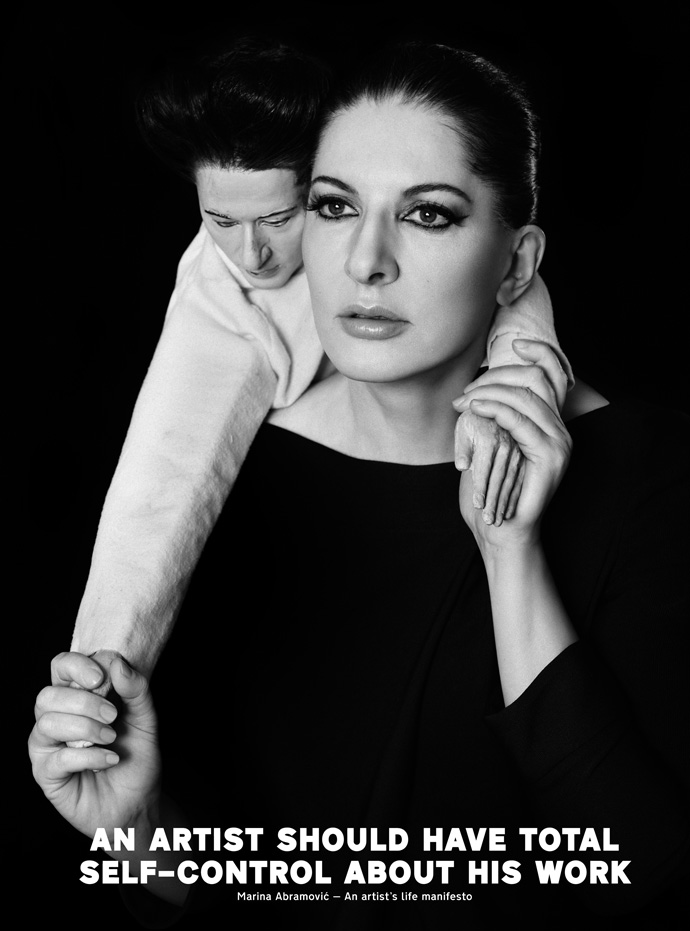 I like the idea of peaking round about the age of 66.

Here's what Marina has to say about her age and stage:

There was a time when Abramovic called herself “the grandmother of performance art.” But now it’s a sobriquet she’d like to ditch. “Can we change that into soldier? Or warrior? Because I’m more warrior right now than grandmother ... Yes, I am old but, you see, I have energy, lots of energy.”

I would be fine being a woman with no explanation required.
Posted by L'age moyen